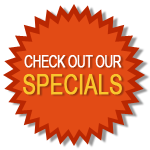 What are the Top 5 Electrical Issues in a Home?

Electrical problems in a home can have numerous causes. In some cases, the house is older, and the wiring is not up to code. In others, the circuits may be overloading due to the number of modern electronic devices connected to outlets. The top five electrical problems are outlined below.

1. Surges
The most common cause of a power surge is a lightning strike or damaged power lines from a storm. It can also occur due to poor household wiring. While they last for only a second, surges cause permanent damage that shortens or ends the life expectancy of electrical equipment. If disconnecting devices from the home grid does not solve the problem, it is time to call an electrician.

2. Overloading
Another issue that happens frequently is using a higher-wattage bulb than a light socket was designed for. This is risky because the extra heat from the improper bulb can cause the socket to melt and also damage the insulation on the wiring inside of the fixture. Sparks can jump from wire to wire and result in a fire. It is best practice to use the bulb wattage specified by the light fixture. If this is not obvious, a 60-watt or lower bulb should be used.

3. Circuit Breaker Tripping
A tripped circuit breaker means that the house is protected during electrical overloads, but it is still necessary to investigate what is causing it to happen. Hairdryers and microwave ovens are common sources of tripping due to their high power consumption. The problem can be avoided by using a lower setting or by simply moving the device to its own circuit.

4. Insufficient Outlets
The electric grid in older homes was not designed to take on the demands of modern life. Many people have multiple televisions and computers as well as mobile phones and other digital devices. While using power strips and heavy-duty extension cords can help offset the problem, having extra outlets installed is the best solution.

5. Shocks
Electrical shocks are a startling and sometimes dangerous experience that can occur when something is being turned on or off. It can be the appliance or device itself, but more often, it is faulty wiring. An electrician can inspect a home’s wiring and determine if it needs upgrading or replacement.

Any type of electrical problem in a home should be investigated and resolved as soon as possible to avoid fire, damage and loss.

WHAT OUR CLIENTS HAVE TO SAY